How to Use Fetch API in Node JS

Have you ever tried to fetch something in NodeJS and found out that the fetch API doesn't work? If you have experienced this, you are not alone. Fetch is a browser API, and NodeJS doesn't have it. To fetch data in NodeJS, you will have to use the built-in http or the https module.

If you don't like the verbose syntax of the https module, then don't worry. Some great devs have made the node-fetch npm package for you.

The node-fetch package is a lightweight module that brings the power of the fetch API in NodeJS. To install it, run-

Then you can import it in a Node JS file and use it as you usually do.

The node-fetch package is a replication of fetch for Node JS. So, it includes all the methods and also supports the options object. For example-

Though Node JS includes two powerful built-in modules for data fetching, their syntax is over-complicated. And for the dev who love the simple syntax of the fetch API, some awesome people have come up with the node-fetch package. It's not only easy to use but also a fast and lightweight solution.

How to Update your Ubuntu OS Using the Terminal 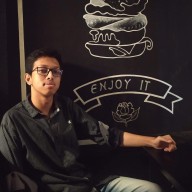 Hi, I am a 17-year-old boy who is more a web dev than a high school student. I love to play with JavaScript APIs in my free time. Experienced with HTML, CSS, JS, SCSS, NodeJS, React JS, Gatsby JS, Astro JS. Familiar with Next JS and Lit. I also consider myself as a part and contributor to the great Astro JS community. I am also planning to be a full-time blogger at softhardsystem.com